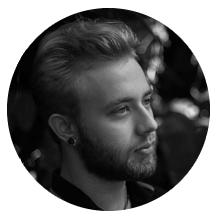 There are many ways to test your Odoo application. Some are highly effective, others will give you only a headache. What to choose then?! No worries, Odoo support is coming! The solution I can recommend you in this development tutorial are automated testing tools such as Selenium.

It is free to use a package of libraries in combination with web drivers for browser simulation. You can use Selenium to show what the user will see if they will provide specific input. It can be used to represent the performance of different browsers such as Google Chrome, Mozilla Firefox, Edge. Also, on a bright side is that there are several languages available for Selenium (Python or C#). Selenium is a good choice for unit tests of websites (luckily for this Odoo tutorial - Odoo is one of such applications!).

After teaming up with Selenium, you need to create a GitLab tests runner which will be able to run the Odoo website and then test it. For this purpose, you may use Docker as it overall easy to set up in GitLab and is not too difficult to use. Furthermore, it's quite isolated system and may be checked for problems with ease.

In this case, I'm using Python:2.7 Image for Docker, Chromedriver and Python to test our Odoo 10 website.
1. Get all packages with Linux command ‘apt-get update’ and install all the requirement for Odoo to run properly ‘pip install -r odoo-server/requirements.txt’.
2. Install Chromedriver along with the Selenium via ‘apt-get install -y chromedriver’ and ‘pip install selenium’.

Time for the actual Odoo Testing Tutorial for beginners!

1. To test Odoo while it is running on your device, add ‘&>/dev/null &’ to default Odoo startup command. This way you make sure that you are able to execute any other commands WHILE Odoo is running in the background.
2. Let Odoo server to "think" because it doesn't start immediately. To achieve this, we can use a command like ‘sleep 20s’ to postpone actual tests while Odoo is still booting up.
3. Put all tests in a separate folder called “tests” in the Git repository so you may issue a default bash script loop to execute all the tests in given folder with this command: ‘for f in tests/*.py; do python "$f"; done’.

Now we have all the tests up and running!

Also, you may make your tests create screenshots so that you may look at what runner was able to “see” while passing tests. To retrieve it from your device, append to your CI configuration file this little guy:
artifacts:
paths:
- tests/*.png

That is all. Stay safe and test your apps frequently to achieve nice and clean performance. What are your tips on Odoo unit testing?

How OutSystems Can Improve Your Work