My manifesto to the public and the private sector 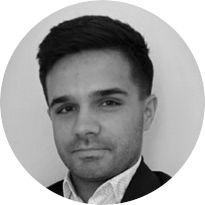 Nowadays we pay more attention to be prosocial and open to others, in every aspect of our lives. Being in a good relationship with people, coworkers and business partners has become a desirable feature on the labour market. However, there is a sad exception. The relationship between business and publicly-funded institutions still has not been the easiest one. Why has this situation been staying the same over the years?

Let’s make this clear: no side is innocent. Both groups have major problems with the communication that are caused by the stereotypes. Moreover, lack of understanding does not help.

The representatives of publicly-funded institutions are certain that they live up to entrepreneurs' expectations. On the other hand, people running a business usually have no idea they can get any support. However, when they are in minority actually knows about it, the problem arises on the other side of this conflict. They claim the employees of publicly-funded institutions are simply not willing to cooperate.

In the present economic conditions, clear and effective communication is a must for a proper run of an organization. Especially the one that is in the centre of economic, political or social life.

There are many benefits of the decent cooperation between the public sector and the business. First of all, it upgrades the functioning of democracy. Well-informed entrepreneurs with the support of publicly-funded institutions can take an active part in activities in aid of community or the country. The dialogue between these two sides may be both the way of channelizing communal tensions and the mechanism of regulation of the market. Practical knowledge of entrepreneurs can complete the information used by the administration in the institutions of the public sector. It is able to explain complex issues connected with the functioning of the whole society or individual groups. The business also determinates properly the way of working of the publicly-funded institutions, which pursue economic and social ventures of the country.

The greatest issue in this field is drawing a line in the sand. Where exactly is the border between the art of convincing and corruption? Professionalism and ignorance? Particularism and wide vision?

That is why it is crucial to take care of the transparency of the dialogue between the business world and the public sector. Moreover, both sides are obligated to take the responsibility for this clarity. According to the entrepreneurs, the best form of building relationships and deal with publicly-funded institutions is a simple conversation with the representatives of the public sector or private relations.

However, publicly-funded institutions do not share the same point of view. According to their point of view, such relationships are unwanted because of the risk of a corruption accusation. This resistance is a serious obstacle in the process of building a dialogue between business and local government. Despite the inconveniences, looking after this kind of relationships is simply worth its price.

In the bestseller "Influence. Science and Practice", Robert Cialdini presents the basic law of human affairs. If you give other people your trust, sooner or later they gift you with theirs. Analogously, treating others with disrespect and showing suspicion leads us to be treated in the same way. It is the reciprocity rule. I believe it is worth considering and put this golden rule into practice. Do not restrict yourself to use it only in business relations!

I am appealing to both sides for understanding. Let's respect, listen and cooperate with one another while being completely transparent. We are not supposed to be enemies, are not we?

Change Request Can Be Dangerous?